Comes in at the door, turn on the light, mobile phones at the room ceiling launcher, less than a second to download the movie, can also be exempted from the radio frequency (RF) wireless electromagnetic waves of harm to the body.Don't doubt it's not the future world, it's happening to us.

A team led by lu haihan, a distinguished professor of optoelectronic engineering at the university of science and technology of Taipei, broke the global short-range wireless ordinary red laser pointer optical communication technology.

The technology sets two world records: at speed, his red laser light communication technology can be downloaded 10GB in a second, which is 10 times faster than the white LED at 1GB per second.Transmission distance, from the transmitter to the receiving end (e.g. mobile phone, tablet computer, etc.) is as far as 17.5 m, 3.5 times the British academic team 5m.

"Red laser transmission with air as the transmission medium can reduce electromagnetic interference," said Lin yiping, the minister of science and technology.

In short, the technology offers an alternative to wireless transmission that doesn't want to be exposed to electromagnetic waves, but can reach fast and distant.For example, it is possible to provide a high quality picture in the operating room without worrying about electromagnetic wave injury.Or in the high-speed rail cockpit, to overcome the high-speed movement problem, to achieve the wireless transmission function. 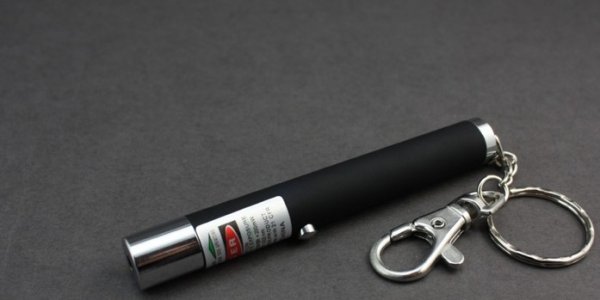 Click on the website of OpticsExpress, the famous photoelectric journal article, which began in 2012, and the technology is now the first paper to download."Technique was published, 46 within a week to do technology transfer manufacturers more than six", hai-han lu said, including the listed company on the interpretation of optical fiber, such as the door to talk about technology transfer, the output value of the estimated first year in Taiwan can breakthrough nt $100 million, in Japan, the United States and China patent is application.Inspiration:

The speed and distance breakthrough came from less than nt $100 red laser pen, one we have used for more than 20 years."The less obvious, the more focused" 7 words, which is the key to the red laser light."It's a paradox to have a cell phone full and don't want to build a base station that relies on electromagnetic waves," he said.

In general, wireless transmission, such as 3G and 4G at a distance, can be used to form a transmission network and send information to people, but electromagnetic waves also become invisible killers.

Under the condition of congenital insufficiency, how to make the light communication reach practical value, the transmission speed is fast and far away, is the subject of lu hai han's thought.The unobtrusive red laser light is the direction he has found."Identifying the light source is the first step in the breakthrough," lu said.Unlike other light sources, the laser has the focus and the light will go far and the speed will be fast.Position clearly, let the red laser have the space.

At current hai-han lu team breakthrough 17.5 m transmission distance, for example, is on the ceiling rack a transmitter, which can meet the wireless transmission capacity and speed of nearly 700 square meters office, and less electromagnetic interference.

His research paper, which is based on laser light communication, will note that a red laser light of less than 100 yuan is related to his two years' practical experience in the China telecommunications research institute.

Hai-han lu is less than 30 years old at the time, in the optical communication web-mediated communication, bit by bit "steal" the principle of all kinds of light transmission, also accumulated cross-border power optical and communication technology, more let he realized the importance of commercial market.While everyone was desperate to find answers to the main stream of optical fiber and white LED, he noticed the unobtrusive red laser light source.

"Cheap and insignificant, easy to be ignored", this is the common people's established thought, but in the hands of lu haihan has become a breakthrough in the transmission of the speed and distance of the treasure;At the same time, reverse is the advantage.

He pointed out that laser light research is a small pool in the small pool compared to the mainstream 3G and 4G.In contrast, blue laser light is up to nt $3, 000, compared with less than 100 yuan for a cheap red laser pen.

Therefore, while the red laser is not obvious, "it is cheap and the business is big," he said.Since 2012, for about two and a half years of time, his team step by step, from the earliest transmission speed can only download 500 MB per second, creeping up to 2.5 GB capacity, up to now is to break the world record, can download 10 GB per second.

Of course, there are doubts in academic circles, such as "the ability to communicate with light" is just an unrealistic dream, because when light is blocked by objects, communication will break down.Moreover, laser light can have safety problems if direct or transmission intercept.

In response to criticism, "red laser transmission is not to replace WiFi or 4G, but to complement each other.As for the security of transmission information, visible light can only be transmitted in a straight line, and only those who are in the line of light transmission can carry out transmission, so the information is less suspicious of the theft.

Business opportunities: in Taiwan, the return on investment is over 300%

The betting research project about nt $2500, but the first annual conservative estimates more than one hundred million yuan, return on investment of more than 300%, this has not been to Japan, China, the United States business opportunities.The laser is ordinary, the price is not high, but the position is clear, but also can break out big business opportunity. The big opportunity of the ordinary, actually omnipresent, the key is whether you have the eye, discover your dream.

Fashion More Than Other Come with 5 laser caps + 5 colors for your choice!